Ireland golf had great players over the years and now Rory McIlroy, has reached World number 1 and he is just into his early twenties. He is an MBE (born 4 May 1989) and one of the northern Irish golfers who comes from Holywood in County Down. He is a member of both the European and PGA Tours. 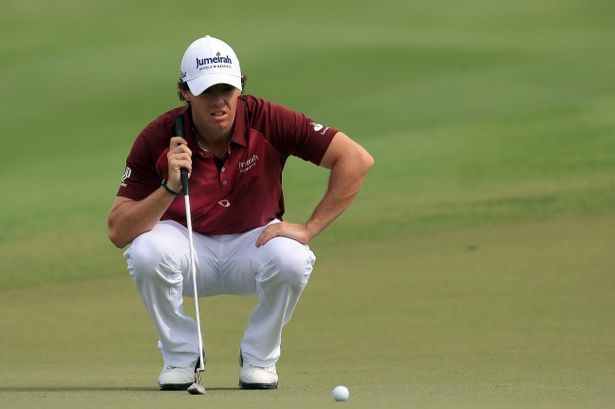 A two-time major champion, Rory won the 2011 U.S. Open, setting a record score of 16-under-par on his way to an eight-stroke victory.

The following year he won the 2012 PGA Championship at Kiawah Island by a record eight strokes for his second major championship victory.

He was introduced to golf at an exceptionally young age by his father, who coached him.Gerry McIlroy is a fine golfer himself, who once played at a scratch handicap level.

According to Rory 's official bio, he hit a 40-yard drive when he was two years old. It was all up from there. His first hole-in-one happened at age nine.

He worked on his game with Holywood Golf Club professional Michael Bannon. And things happened quickly for Rory in his teens. He played for Europe in the 2004 Junior Ryder Cup.

In 2005, he became the youngest-ever winner of the West of Ireland Championship and of the Irish Close Championships.And in 2006 he repeated as champion in both.

Rory McIlroy played in his first pro tournament at the 2005 British Masters, as a 16-year-old.In 2006, he won the European Amateur Championship. But 2007 is when the name Rory McIlroy started to come to the attention of the worldwide golf audience.

That year, he reached No. 1 in the world amateur rankings and played on the GB&I team in the Walker Cup.  It was what he was doing in pro tournaments, however, that turned heads. He made his first cut in a pro tournament at the 2007 Dubai Desert Classic, at age 17. A couple months later, after turning 18, he was among the first-round leaders at the British Open. He made the cut and was low amateur.

Rory McIlroy turned pro on Sept. 18, 2007, and his first event as a pro was the British Masters. In his second tournament, the Dunhill Links Championship, he finished third, ensuring himself a place on the European Tour for the following season.

In 2009, aged just 20, he earned his first win on the European Tour at the Dubai Desert Classic. And at the 2010 Quail Hollow Championship, closed with a 62 for his first USPGA victory.

He was a few days shy of his 21st birthday, and he joined Tiger Woods, Phil Mickelson and Seve Ballesteros as the only golfers since 1970 to win on the USPGA before turning 21.

Rory appeared on his way to his first major championship at the 2011 Masters, taking a 4-stroke lead into the final round. However, he suffered in the final round, carding an 80 and falling outside the Top 10.

He didn't have to wait long to pick up that first major, though. A couple months later at the 2011 U.S. Open, Rory McIlroy turned in one of the most dominating performances in major championship history, shattering the tournament scoring record and winning by eight strokes. In March 2012, he first reached No. 1 in the world golf rankings when he won the PGA Tour Honda Classic.

He closed the 2012 tour season by winning the European Tour's season-ender, the DP World Tour Championship in Dubai. He was No. 1 in the world rankings, and lead both the PGA Tour and European Tour in earnings and Rory McILroy girlfriend at time of writing is the famous tennis star Caroline Wozniacki and he has been a great supporter of the Irish Open Golf Championship.