In the 32 counties of Ireland-Tyrone is one of the six counties of Northern Ireland (uk).

Adjoined to the south-west shore of Lough Neagh, the county has a population of approximately of 170,000 with its county town being Omagh. 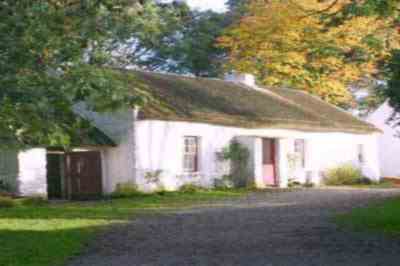 This park is an educational experience. Like many of our great treasure in Northern parts of Ireland it is massively under advertised.

It is a reconstruction of typical Irish homes in the 1600's depicting how people used to live and their emigration to America. Follow their journey from very poor Irish upbrings to what was deemed to be a better life in America.

Of the 40+ buildings to visit, as you Wander down the little village streets by far and away the most powerful is maybe the the first - a stone room/home of a poor Irish family complete with burning peat fire (actually working - an evocative scent) and Folk Park staff in period costume talking about life. 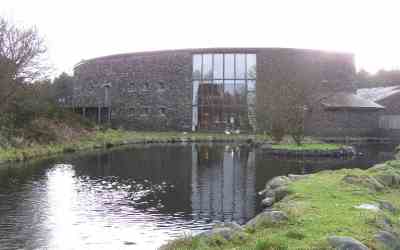 At the foothills of the Sperrins sits this multi-purpose Centre providing visitors and locals with a complete package of events, activities, accommodation and tourist information. 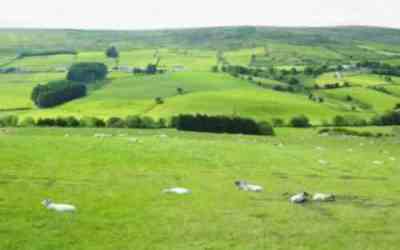 The Sperrins or Sperrin Mountains are a range of mountains in Northern Ireland and one of the largest upland areas in Ireland. The range stretches the counties of Tyrone and Derry-Londonderry from south of Strabane eastwards to Maghera and north towards Limavady.

This region of Tyrone Ireland has a population of some 150,000 and is a designated Area of Outstanding Natural Beauty.

Go shopping for some of the greatest designer names in this whole new concept in retail, occupying a brilliantly refurbished linen weaving mill in Tyrone Ireland. The complex includes Paul Costello factory store, Anne Storey, Boudoir, Bedeck, Ulster Weavers Gift & Fabric Store, Foxford and many more. Moygashel Visitor Centre has an exhibition on the rich industrial heritage of the area. There is a range of coffee shops and restaurants available on site.

With some of the prettiest and colourful towns and villages in Northern Ireland, Tyrone is a beautiful sight to behold – Dungannon, Carrickmore, Caledon, Benburb – you're absolutely  guaranteed  a warm welcome in these parts and chances are you'll be tempted to stay for the great food and constant craic!

We have just heard so many reports of great days out and great memories that if you want a wide range of outdoor activities where you may end up canoeing on Lough Erne in County Fermanagh or walking on a beautiful beach in Donegal then this could be your place!

The lead instrutor Mark and team prides on attention to detail, and specialise in tailoring packages to meet your needs. All you have to do is choose your adventure and let their highly qualified, motivated and enthusiastic instructors make your day one to remember!

Tyrone won their first Ulster Championship in 1956, defending it successfully in 1957. The last time they won was in 2010, that was their thirteenth. They have also won two National Leagues, in 2002, and 2003.

Mickey Harte is the current and most successful Gaelic football manager of the Tyrone senior inter-county team. He has led Tyrone to three All-Ireland titles, three Ulster titles, one National League. Considered one of the best tacticians in the game, Mickey Harte is admired.

He subsequently managed his home club of Errigal Ciarán and was successful with this team as well, winning the Tyrone County Championship and Ulster Championship.

In more recent times Ulster Championship success has not come easy for Tyrone, having twice been knocked out by Donegal in 2011 and 2012.


Top to Counties of Ireland-Tyrone

[?]Subscribe To This Site
[uniquely-northern-ireland] [Counties] [Tyrone] Return to top