Graeme McDowell joins the list of northern Ireland golf major winners. He is an MBE (born 30 July 1979) and has won six events on the European Tour, including 2010 U.S. Open which was also his first win on the PGA Tour. He has also represented Ireland golf at the World Cup and been a member of the European Ryder Cup team. 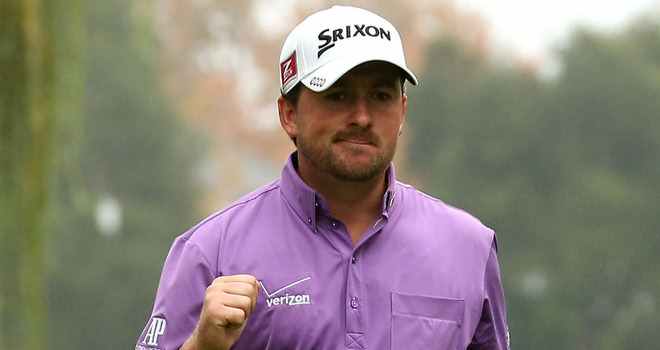 Before turning professional, Graeme had a successful amateur career both in Ireland and in the United States, where he won many tournaments and was recognised as the most outstanding collegiate golfer in 2002.

One of our golfing fourball used to go to the driving range with him ! He also represented Ireland internationally and was a member of the triumphant Great Britain and Ireland Walker Cup team in 2001.

Graeme McDowell was born in Portrush, northern Ireland and has been another one of our hugely successful Irish golfers. He played with Rathmore Golf Club since he was eight or nine years old. His uncle, Uel Loughery, coached him there when he was younger. At the age of 14, he played senior cup for Rathmore.

He attended the University of Alabama at Birmingham from 1998 to 2002. In 2002, he won the Haskins Award, given to the most outstanding collegiate golfer in the United States. He won on six occasions that season, out of 12 college events. In 2001 he was a member of the Great Britain and Ireland team which retained the Walker Cup at Sea Island, Georgia, United States.

Graeme turned professional in 2002 and won that season's Volvo Scandinavian Masters, which was only his fourth start on the European Tour. That win led to him being given honorary life membership at the Royal Portrush Golf Club. He did not win in his second season, but in 2004 he claimed the Telecom Italia Open and finished sixth on the European Tour's Order of Merit.

In 2005, he divided his time between the European and U.S. PGA Tours. He was not yet a full member of the PGA Tour, but his top-50 placing in the Official World Golf Rankings ensured that he received invitations to play in many events in the United States.

Graeme McDowell managed two top-10 finishes on the PGA Tour, including a tie for second place at the Bay Hill Invitational, which enabled him to earn enough money to become fully exempt on the PGA Tour in 2006. He failed, however, to finish in the top-150 in the 2006 PGA Tour money list, and decided to return to the European Tour for 2007.

In 2008 he returned to the winner's enclosure by winning first the Ballantine's Championship in South Korea, and then the Barclays Scottish Open. He played in the 2008 Ryder Cup, earning 2.5 points for the European team and finished the season ranked fifth on the Order of Merit. In June 2010, he won the Celtic Manor Wales Open by three shots. This was his fifth European win.

In June 2010, Graeme McDowell won the U.S. Open at Pebble Beach, becoming the first Irishman to accomplish the feat, and the first European U.S. Open winner since Tony Jacklin in 1970.

He was also the first player from the United Kingdom to win a major championship since Paul Lawrie won The Open Championship in 1999, and the first NorthernIrishman to win a major since Fred Daly won the 1947 Open Championship. Graeme McDowell was only the second European to win the U.S. Open since 1925. He rose to number 13 in the world rankings, then a career high, and became the eighth European in the top 15.

He celebrated with a large crowd, including the golfer Pádraig Harrington, in the United States. There were celebrations in his native Portrush as well when news of the win broke, with 'the mother of all parties' planned to get underway in the town.

He accepted bookings for American TV shows, such as "The Tonight Show with Jay Leno"! and Shortly after winning the U.S. Open, joined the PGA Tour and earned a five-year exemption for winning a major.

Will we ever forget Monday, 4 October 2010, Graeme struck to win on the 17th green of the 2010 Ryder Cup at Celtic Manor. His was the last match of the 12 player singles, with his opponent being Hunter Mahan, to win the tournament 14.5/13.5 for Europe, and it was his 5 foot putt that was conceded to give victory to Europe.

He finished the 2010 season with another win at the Andalucía Valderrama Masters and was second behind Martin Kaymer in the 2010 Race to Dubai standings.

On December 5, 2010, Graeme McDowell beat Tiger Woods in a playoff to win the 2010 Chevron World Challenge. He and Martin Kaymer shared the European Tour Golfer of the Year award.

He was appointed Member of the Order of the British Empire (MBE) in the 2011 New Year Honours for services to golf and has been a keen supported of the Irish Open golf championship over the years.